20GreenHub has been fortunate enough to be asked to participate in the international marine debris research project “Quantifying flows of plastic and other debris from land-based sources to the ocean”. Microplastics (pieces of plastic <5mm in size) found in the ocean are mistaken for food by marine life.

This project, coordinated by the Commonwealth Scientific and Industrial Research Organisation (CSIRO, Australia) is the world’s largest marine pollution survey, working with countries across the globe to help them assess and reduce the amount of litter entering the oceans. Some of the world’s top polluters will take part in the project including China, Bangladesh, Indonesia, Vietnam, and the United States, plus other countries including Australia, South Korea, and Taiwan.

“By coordinating our approach we will be able to achieve some quick wins and know where to set our sights for more long-term goals,” Dr. Hong, Our Sea of East Asia Network (OCEAN, South Korea), said.

“We know that almost all litter starts off in someone’s hand, and from there it finds its way from land to the ocean, where it breaks up into smaller pieces,” Dr. Hardesty, CSIRO Oceans and Atmosphere Principal Research Scientist, said.

“This means if we can stop the rubbish from entering the ocean, we can make real headway in resolving the problem.

“Along with causing marine and environmental problems, things like plastic bags can also cause stormwater drains to become blocked, leading to significant localized flooding and serious health risks for local people.”

To support the implementation of this project, a Land to Ocean Training Workshop was held in Tong Yeong, South Korea from June 15 to 19, 2017. The workshop was organized by CSIRO and OCEAN and was attended by 19 participants from Vietnam, Bangladesh, China, Taiwan, and Korea. Participants were chosen due to their outstanding contributions to addressing marine pollution.

During the training, participants learned skills in survey protocols for quantifying marine plastic and gained updated knowledge around the challenge of microplastics as an emerging environmental issue. The training provided GreenHub’s cofounders with in-depth knowledge and skills to be the data collection coordinator in Vietnam for the project during 2017 and 2018. Training participants learn how to use marine debris survey tools. 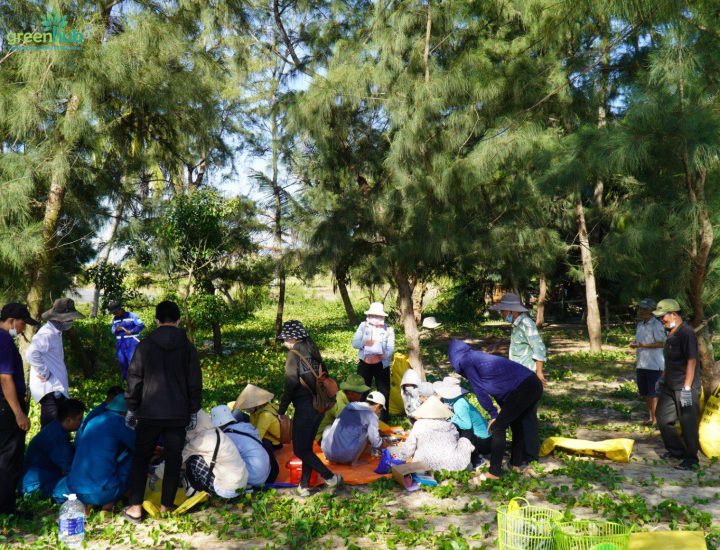 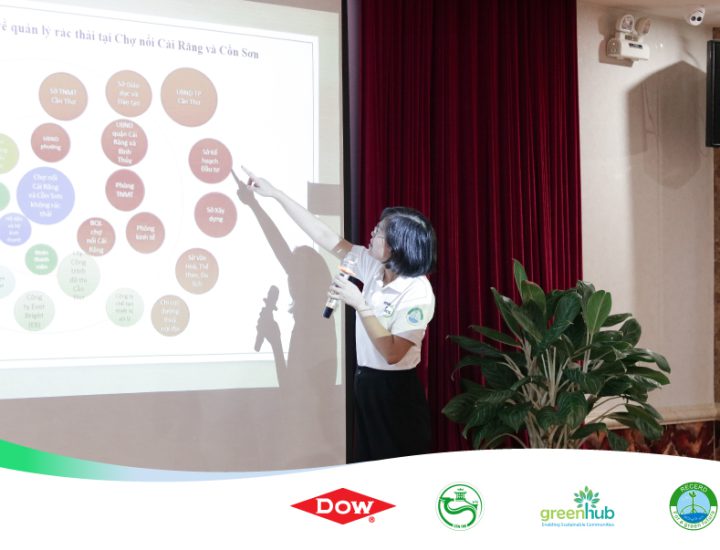 Workshop to share survey and waste audit results in Can Tho 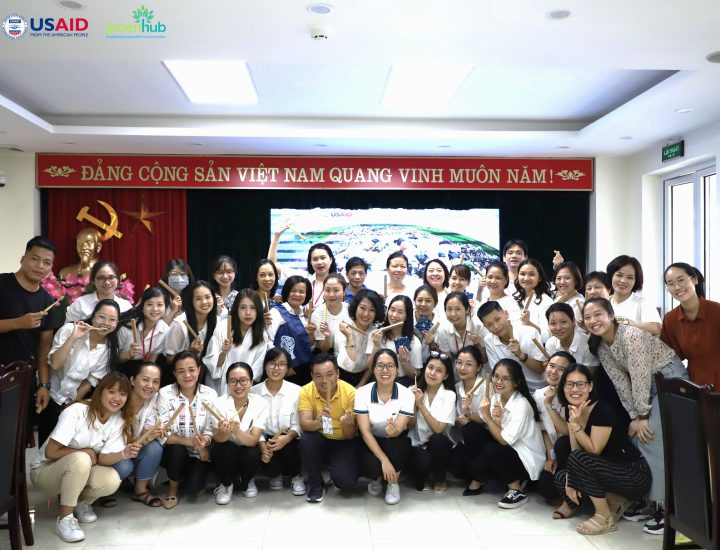 Plastics and Health training for teachers at Trang An Primary School